Get me outta here!

The unfortunate truth is that many food items that are produced in the United States are full of additives and chemicals. Unfortunately, Americans are eating lab-created and nutrient-stripped food that somehow got twisted around into being called healthy or normal. Because the food industry is a big business, many probably don’t know the facts about how their food is produced, and what ingredients in that food can do to our bodies.

Standard American fare like hamburgers, hot dogs, fries, fast food, and frozen snacks are typically unhealthy and laden with saturated fat. Even the brands that are deemed “skinny, slim, for weight loss, etc” are not good choices in comparison to real food. This point makes perfect sense after watching the bounty of health and food docs that have paved way for the local, organic, raw, and slow food movements. Here are 10 documentaries that will make you rethink everything you know about food and health.

Most of these titles are available for instant streaming on Netflix.

When this documentary debuted in 2009, it shocked viewers. Filmmaker Robert Kenner exposes the practices of global food production that is wrapped up in multinational corporate control, thus, placing profit over all else. We see the reality of large-scale food business, like poor health and safety conditions for animals and workers. This title is available for instant streaming on Netflix.

Roger Ebert of the Chicago Sun-Times called this doc “ a film that can save your life,” and Dr. Oz said everyone needs to see it. The film examines the claim that most, if not all, of the degenerative diseases that afflict us can be controlled, or even reversed, by rejecting our present menu of animal-based and processed foods. This title is available for instant streaming on Netflix.

This documentary follows three meat-and-dairy-loving New Yorkers as they try to stick to a vegan diet for six weeks. After watching the film, try taking the “Vegucated” challenge yourself to better apply the documentary’s findings to your own healthy life. This title is available for instant streaming on Netflix.

This film makes the claim that the over-industrialization of food production is making the nation sicker and sicker, and looks at the proliferation of chemicals added to food touted as “healthy.” The film looks at the relationship between the lack of nutrients that Americans consume and our rising health care costs. Providing a thorough argument, the film gives solutions as well for the problems it presents. This title is available for instant streaming on Netflix.

A well-known documentary by Morgan Spurlock, the film makes a simple argument that fast food makes us fat and unhealthy. To prove it, he takes a 30-day challenge where he can only eat food on the McDonalds menu, and he travels around the country to interview experts and regular Americans. If you’re looking for a kick to stop eating fast food, this doc is fantastic medicine.

Holistic medical doctor Dr. Gabriel Cousens challenges six Americans suffering from diabetes to give up meat, dairy, sugar, alcohol, and other items and adopt an entirely organic, raw, vegan diet. The end goal is to cure their disease using raw plant foods. The documentary takes viewers on these peoples’ journeys and captures their medical, physical, and emotional changes on the diet plan. At the end, you’ll have realized the true impact that healthy eating can have on our bodies, not just for our appearance, but also to heal our ailments from the inside out.

Similar to Food, Inc., this documentary argues that food production needs to change. Filmmaker Robert Bates documents the rise of the local food movement, interviewing farmers and chefs who are passionate about producing local, fresh, healthy, and seasonal food. This film weighs industrial versus local food production, showing that local is the best option.

8. The Future of Food

This acclaimed documentary has spurred anti-GMO grassroots movements. This must-see film has been screened and talked about around the globe. It details how genetically engineered practices, seed patenting and food corporatization, like that of Monsanto, is scarily changing our food while Americans have no idea.

This documentary looks at commercial food production and gives little-known truths about food and nutrition that are missing from the mainstream food discourse. The film also de-bunks diet and weight loss myths, as well as explains ways to stop bad habits and get healthy.

This inspiring documentary chronicles Joe Cross’s mission to regain his health. Starting at 100 pounds overweight with an autoimmune disease and a body full of steroids, Cross vows to only eat fruit and vegetable juices for 30 days. He interviews more than 500 Americans about food, then meets a 429-pound truck driver with the same medical condition. The two connect and the end result of a beautiful film that will inspire you to make changes in your own life.

We are what we eat!! Happy healthy eating–

**This article originated at:  http://www.onegreenplanet.org/vegan-food/10-best-food-and-health-documentaries/

Paraguay is the happiest country in the world, with 87 percent of residents scoring high on an index of positive emotions, according to the latest Gallup poll on well-being.

Not surprisingly, Syria, suffering through a civil war, is the unhappiest and people there are so badly off they’ve hit a new low, the survey finds.

Overall, 70 percent of adults worldwide say they are frequently laughing, smiling or enjoying themselves. The United States comes in the top one-quarter, with a happiness score of 78, the same as Chile, Argentina and Sweden.

Jon Clifton, managing director of the Gallup World Poll, says he is not surprised at the findings. “We know in Latin America culturally, there are a lot of highly positive emotions,” he said. “It is a pretty emotional culture.”

Gallup surveyed 1,000 adults in each of 138 countries to make up the index. They asked five questions: whether people felt rested, felt they were treated with respect, laughed or smiled a lot, whether they experienced enjoyment and whether they had learned or done something interesting the day before.

Gallup then makes up a Positive Experience Index score for each country. Most of the happiest countries are in Latin America, the survey finds. The five top countries all are:

Gallup worked with Healthways, a company that promotes and studies well-being, to develop the index. While the five simple questions point to basic well-being, it’s important to take a deeper dive also, says Clifton.

“What we wanted to find out was what was driving those five things,” Clifton said. A big factor is workplace, or school for students, he said. “Another is financial well-being.” Sense of community is also important.

And it’s important to see whether negative experiences outweigh positive ones. It doesn’t happen in Latin America, where people reported both the highest positive emotions and the highest negative emotions — and yet still ended up on top in terms of well-being.

***This was www.nbc.news.com and you can find the full link to this article at:  on http://www.nbcnews.com/health/health-news/worlds-happiest-country-would-you-believe-paraguay-n110981. 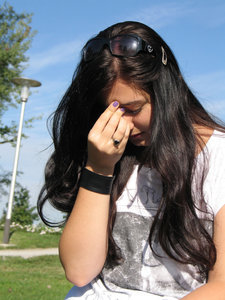 Whether you get them once a month or once a year, headaches can be such a pain! According to the National Headache Foundation, over 45 million Americans suffer from chronic, recurring headaches. Annemarie Colbin, Ph.D., award-winning leader in the natural health field, says that headache and pain management first peaked her curiosity after she once cured a headache within minutes by eating apple sauce. Several years of research later, Colbin devised a concept that explores six common types of headaches, their causes and remedies.  Here they are:

Expansive Headaches transpire when you’ve had too many expansive foods such as sugar, coffee, alcohol, tea, chocolate, fruit, spices or fats. To combat these types of headaches, eat salty foods like olives or nuts.

Contractive or Tension Headaches occur from working too much, getting too much sun, being too stressed out, or not getting enough food or water. You can also get these headaches from overconsumption of contractive foods like beans, nuts, meat, salt, fish, feta cheese, sea vegetables and grains. Remedy these headaches by drinking juice, eating apple sauce or drinking seltzer with lemon.

Caffeine Headaches arise when your body is craving caffeine. If you are planning on reducing or eliminating caffeine in your diet; lower your intake over the course of several days or weeks to avoid pain. It’s also important to stay hydrated while weaning yourself off caffeine.

Structural Headaches are common in those who have slipped, fallen or been in an accident. Go see a chiropractor or massage therapist if you think you may have a structural headache.

Liver Headaches can result from consuming oily food, such as potato chips, on an empty stomach. This type of headache develops three-four hours after food consumption, and can feel like similar to a migraine associated with eye strain. A great natural reliever for this kind of headache is homemade lemon tea: Squeeze the juice of ½ organic lemon into a cup. Take the juiced peel, cut it into pieces and simmer those pieces in 1 ¼ cups of water for 10 minutes on the stove. When finished, strain the lemon water into the cup of lemon juice and drink hot.

Allergic Headaches are different for everyone, since allergy symptoms vary from person to person. If you suffer from these headaches, pay attention to what you’ve consumed and stay away from common allergens such as wheat, dairy and gluten.

Health Coach Autumn (check me out at http://www.pacificnorthwesthealth.com)

Every era has had its handful of great explorers, advocates, daredevils, heroes and trailblazers; people willing to face danger and embrace fear in order to break modern day normalities, challenge human existence and discover new possibilities. In 2012, Felix Baumgartner, set a world record when he skydived at an astonishing 843 miles per hour from 24 miles above the earth’s surface to become the first person to break the sound barrier without vehicular power. If that is not fear; if that is not vulnerability; if that is not daring greatly—I don’t know what is.

As humans we are inherently fearful; fearful of failure, of the unknown, of what others will think of us, of change, of vulnerability. One of the tragic ironies of life is that so many of us feel isolated from each other by the same feelings that we all share; failure, procrastination, stress, anger, hurt, anxiety, guilt, shame, unworthiness  and helplessness. So why not embrace these mutual feelings, feel the fear and dare greatly?

You are more likely than not to become successful at something that you have taken the risk to fail at. So don’t walk; run outside your comfort zone! Ask your boss for a raise, have that difficult family talk, reach out to someone who has just experienced loss. Become comfortable with being uncomfortable. Find the courage to embrace your vulnerability and engage with your whole heart. Use your fears as tools to transform your life. Taking action to conquer your fears will give you a higher level of confidence, strength and empowerment within.

The reality is that in life, there are no risk-free guarantees. Helen Keller said, “Security is mostly a superstition…Avoiding danger is no safer in the long run than outright exposure.  Life is either a daring adventure or nothing.”

How will you DARE GREATLY?!